Please use Chrome, Edge or Firefox for full functionality of our website.

Add to Compare
In stock
SKU
GreenBeans PUL
$2.00 Regular Price $2.00
Skip to the end of the images gallery 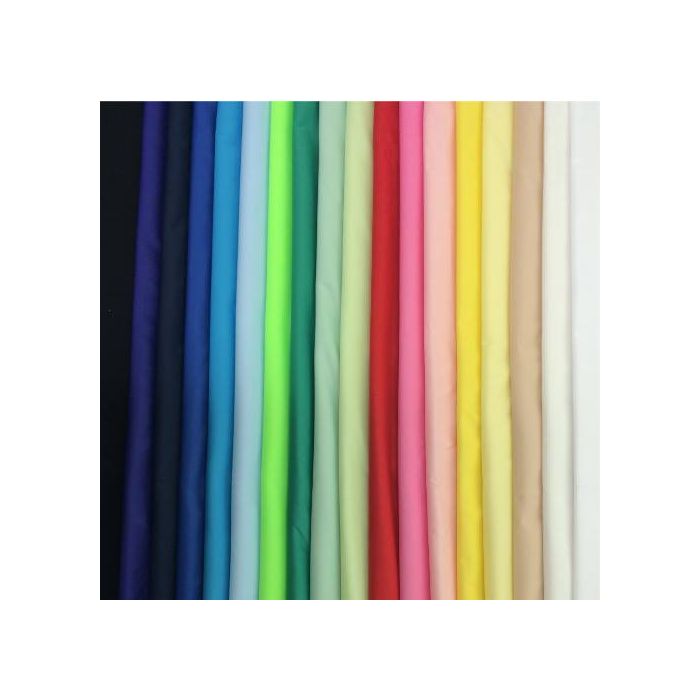 Skip to the beginning of the images gallery
Details

Product:
100% polyester knit fabric bonded to a 1mil PU breathable & waterproofing film on the 'unseen' side of the fabric.

This is our own PUL, manufactured by ourselves to the highest standard possible and will outlast every other product we are aware of in the market place.

In our testing so far, we are yet to destroy, or put any sign of wear of it laundering on 300 standard cycles, at 90 degrees centigrade.

We continue to test the performance of our PUL, to give an upper limit, but so far it has stood up to, and outlasts even the old Fabrite product on every test.

PUL is perfect for covers, pocket nappies, mama cloth pads, and limitless other applications where a waterproof finish with comfort is sought - for example mattress covers, rainwear and overalls!

Nappy Cut Size:
Nappy Cuts are sold as a 50x50cm in size as a minimum, however not uncommon to find your delivered nappy cut to be 51x56cm in size, as we cut all fabrics with a 1cm tolerance per 50 cm, and then cutting 210cm down to 4x51cm-204cm, resulting in us leaving 3-5cm extra on one or both of the 2 salvage edge pieces.

Frequently Asked Questions:
Is your PUL Food Safe? - YES
Is your PUL BPA free? - this is an oxymoron question - PUL is an acronym for "PolyUrethane Lamination" - not "BPA Lamination". PUL would not and could not be called PUL if it used BPA instead of Polyurethane. BPA is a type of stiff and rigid plastic, Polyurethane is a soft and pliable form of a plastic mixed with rubber.

The question often comes from people looking at USA PUL - as in the USA any product sold for Children must be tested for BPA and be BPA free to meet CPSIA regulations. Because they have to specifically test all the components to be BPA free - and the cost to test is around $30 - most companies selling any fabrics for children's products do the test and claim they are BPA free simply as in the USA it is required by law, not that there is any risk of PUL containing any BPA.

One should never worry about any PUL having BPA - as it simply shouldn't have any in it. And if a PUL had BPA in it - and the person selling it is calling it PUL - they are lying to you to start with as it isn't PUL - so why do you think they would tell you the truth if it had BPA in it or not?

As we also sell PUL into the USA, we run all our products through tests to meet CPSIA regulations, including BPA testing - and in doing so naturally our PUL is BPA free.

Is your PUL Phthalate free? - Again often due to this being required to be tested under CPSIA regulations - and yes our PUL is Phthalate free and tested so for USA CPSIA testing. Furthermore our PUL is fire retardant and will not catch on fire - which has been proven in numerous fire retardant testing required under USA CPSIA testing. It will burn if you put a naked flame to it, but struggles, and as soon as the naked flame is removed, it self extinguishes. One should be assured they have zero risk of flammability of our PUL products.


Width: 210cm.
Our width is 25% more than most other products out there, when looking at the prices of other products, you need to take both width and yield differences into account. Most get a better yield out of a wider roll, fitting more nappies in per square metre.


What is PUL?
"PUL" is an acronym for "PolyUrethane Laminate". It is a process of bonding two fabrics together with a layer of PU (Polyurathane sheet) to make them seem as one. PUL was never designed or invented to be in consistent contact with water or laundered as we do in Modern Cloth Nappies, however PUL is the best barrier fabric when the right process with the right materials are used to manufacture it.

A reliable waterproof layer is the single most important component of any nappy system, making investment in quality PUL fabric invaluable, and ensuring your nappy has the potential to survive many children.

Yes there is many people that can supply you a cheaper PUL, we can too, but we don't as it fails within 3-9 months of normal usage. The PUL we stock is the best and will not fail before it should, and if laundered correctly, can easily last for 5 years or more. With PUL, you get what you pay for, and how good your PUL is determines how long your nappy lasts.


1mil vrs thicker
We stock 1mil PUL as our research and testing has found 1mil PUL more flexible to work with, not "crackly/crunchy" and less likely to crack or split over time as thicker PULs can be. It also provides a high level of breathability. The thicker the polyurethane layer, the less the breathability.

We suspect a lot of other suppliers stock a thicker PUL as they are not using the best methods or materials in producing their PUL, and as such have to use a thicker PU sheet to get a little extra life out of it, but still will be a very substandard product.

The PUL we sell far exceeds the quality & durability of every producer we are aware of in the world. While the industry standard for PUL is to last 30-50 times through the laundry, our PUL well exceeds this many times over and many have found they get over 1,000 laundry cycles out of it.


PUR vrs Solvent - Environmental PUL
Of recent times we have noticed a lot of people professing claims that PUL is an Environmental PUL - and such a claim continuing to be repeated like an old wife's tale. However such a claim lacks any substance and have misguided foundations. A well put together PUL, which the only such PUL is Greenbeans PUL using solvent technology is the only PUL that will last 10 plus years - and you cannot get any PUR product to last more than 100 laundry cycles - aka one year. So Solvent PUL is more environmental overall.

What is PUR? - PUR is a technology within PUL worlds where the glue used to laminate the TPU to the fabric is pre-made in a separate factory using Polyurethane Petrochemicals as the base to make it, where the finished glue is odorless and stable - and is delivered in solid chip form, that requires the lamination plant to melt to above 60 degrees to then laminate with and cures by simply cooling down. PUR PUL will simply fail the first time it is laundered above 60 degrees - and quickly delaminates as you cannot reduce heat friction in any laundering process and this wears out the bond that sees most PUR PUL fail in 40-80 laundry cycles. There is zero requirement for any ventilation or breathing safety equipment for staff working on a lamination plant using PUR - but the staff in the factory making the PUR in the first place have the highest protective clothing and breathing apparatus.

What is Solvent Lamination? - Solvent lamination is where at the point of lamination, a combination of solvents are mixed with the base material of Polyurethane Petrochemicals to form a two pot type adhesive that simply will cure because of the mixing of chemicals together and once cured - heat will not separate the bond. Because at all material times solvents are bleeding off into the air and curing during solvent lamination - a number of ventilation systems are required to recycle air around the lamination plant and staff wear breathing protection around the lamination plant.

PUR vrs Solvent - it shouldn't take most to notice there isn't a lot of difference between the two, but there are differences. The argument between one being more environmental than the other as the ingredients used is mute. Trying to argue between the two on ingredients alone is like trying to argue if steam or ice is more watery - they are both. PUR & Solvent both use the same base chemical to bond as the glue - Polyurethane.

Why then do some try to claim PUR is more Environmental? - in simplicity - marketing and profits followed by most people these days following what others said that sounds good and tweak it a little each time, until we have a completely different message. The developers of PUR promoted PUR heavily as an alternative to solvent - and that it was more "environmental" for the lamination workers as it eliminated the requirement for breathing systems to protect the workers. As PUR was more expensive than solvent in the outset, they needed to try to make a point of difference for the product over the cheaper and better solvent process.

The developers of PUR set about to lobby government in the USA to ban or restrict the cheap chemicals used in Solvent PUL that made Solvent PUL cheaper than PUR, and after time their efforts were achieved with the EPA in the USA restricting and in the end banning certain solvents that were only used in involvement lamination - and the alternative solvents to achieve the same result made the cost to laminate more expensive than using PUR - so over time all lamination plants in the USA moved to PUR - with Fabrite being the last plant to hang out and continue with solvent lamination.

In switching to PUR lamination - the lamination plants talk to their clients about the "environmental" benefits of it or simply say it is "the most environmental" - simply repeating the marketing claim of the makers of PUR - and in turn this is what most who stock PUR PUL products try to pedal to their customers.

We say that our Solvent PUL is the most environmental PUL in the world simply because it will last 1,000 laundry cycles - where as PUR PUL products will only last 60 laundry cycles - with both using the same amount of the same raw ingredients. One if they care about the environment, should look at the life of the PUL before it will fail and need to go to the landfill; neither PUL product will break down any differently once they hit the landfills.